Social Media: How is it Affecting You? 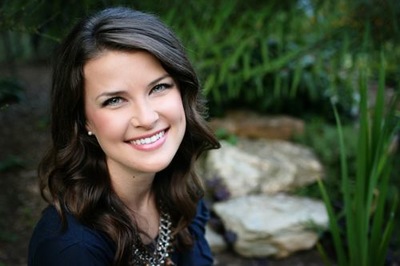 As I sit down to write, I am without Internet in my apartment. (Gasp!) My only connection to the outside world is my smartphone, whose 3G network is struggling to load anything within my lifetime. What’s a girl to do?

That got me thinking …Why are we so desperate for the Internet these days? I think one of the main reasons is because of social media. Social media has become the great novelty turned necessity of our day. People of all ages text, tweet, blog, post, “Like,” and “pin” as if these actions make up a major food group. But have you ever stopped to wonder why social media is so popular? The reason is inherent in the name of the game—social media. We desire relationships!

Think about your last text, tweet, pin, or post. We participate in social media because we like being connected with others. We feel a sense of belonging if we are in a “group,” become a “fan,” or have lots of “followers.” Girls especially like staying connected via social media. Research shows that girls send almost three times as many texts as guys!

We all desire acceptance, affection, and significance, but too often we look for these things in social media outlets. We base our self-worth on how many “Likes” we get on our Facebook status or how many “You’re gorgeous!” comments we get on Instagram. My fear is that we are trading our dignity for momentary affirmation. We are grasping for something tangible and lasting in a world that exists only on a screen. Call me crazy, but I believe we were created for more!

We must remember that social media is not the same thing as socializing. While constant communication via text or tweet can make you feel like BFFs with someone, nothing replaces face-to-face conversation. Emoticons are great, but they are no substitute for the energetic laugh of a friend jumping for joy! Can you imagine what it would be like if your next pageant interview was done solely through texting? The judges would totally miss out on your beautiful eyes, bright smile, warm demeanor, and quirky expressions! Don’t miss out on fully investing in a relationship by hiding behind a screen.

Come back next week for a few more social media tips!

Sierra graduated Summa Cum Laude from Palm Beach Atlantic University in 2010, with a bachelor’s degree in psychology and a minor in musical theater. Sierra earned her degree debt-free, thanks to the $42,000 in scholarships she was awarded through the Miss America Organization. During her final year of college she served as an intern with the Student Ministry at First Baptist Church of West Palm Beach, where she led a weekly Bible Study for high school girls using curriculum she wrote and plans to publish. Sierra and her husband, Scott, currently reside in Wake Forest, North Carolina, where they are both pursuing master’s degrees in Christian ministry at Southeastern Baptist Theological Seminary. Sierra works as the A-List Coordinator at Chick-fil-A at Wake Forest and as the Devotional Blogger for Divine Debutantes, a nonprofit girls ministry whose mission is to raise up Godly, virtuous young women. She is also the resident “Princess of Purity” columnist for the Divine Debutantes Magazine, which was released nationally in spring 2011. Sierra’s passion is cultivating Godly femininity in young women. She loves coffee dates with her hubby, brightly colored jewelry, and a good pair of flats!