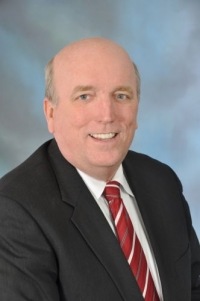 As the Miss America Organization bids farewell to former president and CEO Art McMaster, we remember his accomplishments and dedication to the organization.

Art McMaster began working with Miss America Organization in 1999 and has proudly served as MAO’s president and CEO for the past nine years. He became president and CEO in 2004, in one of the most challenging times in our history. The Miss America Organization had just lost its national telecast partner, ABC, and the skyrocketing costs associated with producing the pageant in Atlantic City made for some difficult times for the new leader.

Click here to see photos of Art McMaster during his years at MAO president and CEO.

Art’s accomplishments for MAO, which are many, include the difficult decision to leave Atlantic City in 2005, to begin to rebuild this great historical program, and to begin strategically planning for the move to Planet Hollywood in Las Vegas. Art began to work on the organization’s goal to re-energize and re-brand this great American icon while working with new television partners. In 2010, he helped to create events to mark the ninetieth anniversary celebration for Miss America, and it was back on ABC.

Art is recognized as one of the Founding Fathers of Miss America’s Outstanding Teen Program, and he always states that it will remain the closest to his heart. He believes that in difficult times such as Miss America was experiencing, strengthening the base of the company will show rewards in future years, and the decision to start this new company proved successful. We are now seeing those rewards as we watch Donna Bozarth and Kim Parrish build a fabulous little sister program!

Art also created the partnership for the National Platform Sponsor, The Children’s Miracle Network Hospitals, another major accomplishment and one that the organization is proud of. MAO assists children in need I conjunction with the fundraising component that took years of hard work and support from all of the state organizations. We are now seeing the success of those efforts, as more than $1.5 million dollars is raised each year for children’s hospitals.

In 2013, the board of directors gave Art the green light to see if the timing was right for a return to Atlantic City. Along with MAO Chairman of the Board Sam Haskell, Art helped to successfully bring Miss America home to its Atlantic City birthplace once again. On February 14, 2013, with acting New Jersey Gov. Kim Guadagno, Art and Sam announced that the beloved pageant would return to Atlantic City in September 2013, complete with the legendary Show Us Your Shoes Parade. This three-year agreement with Atlantic City would once again mark a new chapter for the organization.