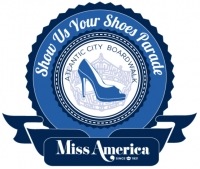 The Miss America Organization announced the official start of its Show Us Your Shoes Parade planning. Preparations are under way for the return of this spectacular event that will feature Miss America 2013 Mallory Hagan on a grand float and the fifty-three 2014 Miss America contestants, driven in convertibles.

Miss America's Outstanding Teen Organization is pleased to announce that the fifty-three contestants vying for the title of MAOTeen 2014 have also been invited to participate. In addition, the parade will include beloved Miss Americas from throughout the decades, along with live entertainment and special performances.

This year, the parade will be produced by two-time EMMY Award-winning producer John M Best and his team from JM Best Entertainment and Under the Sun Productions. The team successfully produces the National Cherry Blossom Festival Parade, National Memorial Day Parade, and National Independence Day Parade in Washington, D.C.; the Chicago Magnificent Mile Lights Festival; and the beloved 6ABC Philadelphia Thanksgiving Day Parade. JM Best Entertainment, along with the parade committee, is currently accepting applications for the Miss America Show Us Your Shoes Parade.

Click here for information and for applications to participate. Corporations, community groups, marching bands, and other parade groups are invited to complete and submit an application for consideration.

Tickets will go on sale later this spring for both events. Please visit our website for the announcements. < Whose website does this refer to, and do we need to add an URL/hot link?