Coaching: Everyone is Different 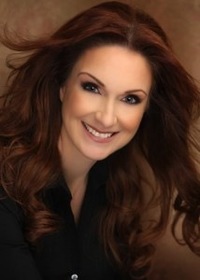 Valerie Hayes, The Pageant Coach, says each contestant preparing for competition is different, so one size of coaching style does not fit all. Read on, as she shares her coaching philosophy that has lead to success, titles, and increased self-confidence for contestants across the country.

My background is in psychology, and that degree helps me to evaluate the way contestants learn and the way they process information using their inherent skill set. When I started working with the first contestant I ever coached, I realized she had two learning disabilities: ADD and dyslexia. The coaches who were working with her before expected her to adapt to their style. I adapted to her learning style. She won her local title and went on to win her state title. She was in the top fifteen at the national teen competition. All in six months.

The way contestants prepare for competition with coaches has changed in the last five years. It used to be that the most elite level contestants worked with one coach who coached all areas of competition—the same coach to select wardrobe and for makeup, paperwork, talent, and interview. Now, instead of having one coach, contestants have a support team. But first the contestant has to understand her brand, so she can manage the team and help them understand her vision and get her there.

The other thing that has changed in coaching, which is very important in MAO and MAOTeen, is that people are developing a support team earlier in their competition career. It's no longer, "I'm going to have a local coach, then use someone else at the state level, then switch to someone else at the national level." Contestants have learned that if they start with a national level coach early on, they can learn faster. What contestants have understood is winning the MAO or MAOTeen title is a pyramid experience. Everything is a stepping stone to the next level up. Each level of competition prepares them for the next level.

Get prepared for the next level with more advice and insights from Valerie Hayes next Monday as she talks about how to prepare for the judges' interview!

About Valerie Hayes, The Pageant Coach
When she was asked to help prepare a young woman for her interview portion of a pageant competition, Valerie Hayes put her background in psychology to work. The young woman won her local and state titles then placed in the top fifteen at the national level, and word about Valerie's coaching skills spread. Soon, Valerie was coaching other contestants, and decided to make the hobby into a part-time job. Part-time turned into full-time, and now, through her business The Pageant Coach, Valerie coaches twenty to thirty contestants at a time. Find out more about her, The Pageant Coach, and enlisting her to help you win your next competition! Click here!