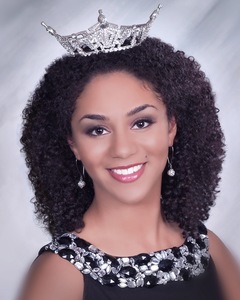 “It is an amazing opportunity for these young women as well as a dynamic foundation to build personal and professional skills while receiving scholarship money for furthering their education," Donna says. "There are just so many positive things to say about this program.”

The current Miss New Bedford, Marlena Johnson (pictured), is an honors graduate of New Bedford High School, and is using her scholarships to continue her scholastic endeavors. An accomplished vocalist, she was selected the very first New Bedford Idol winner in 2009. Employed by the New Bedford Public School District as the Homeless Education Support and Data Specialist she has worked closely with the school system’s “Where are YOU Headed?” initiative, which focuses on three key factors to success: attending school, staying in school, and graduating. Marlena was awarded third runner-up at the Miss Massachusetts Pageant in June 2012.

The Greater New Bedford Scholarship Foundation, sponsors of the pageant, noted that throughout the past fifty-nine years, contestants have been awarded more than $120,000 by this local pageant. In addition, this year’s contestants will share $10,000 in scholarship assistance.

Also continuing in this historic pageant is the local’s very popular Princess Program, which allows young girls, five to eleven years of age, to participate in the Miss New Bedford Pageant both in on-stage productions and through mentoring sessions with the reigning Miss New Bedford and this year’s contestants. The 2013 program will host forty-four young “Princesses” during pageant week.

For additional information about the Miss New Bedford or Princess programs please call 508-971-9564, e-mail, or click here to check out the website.