The Crown Opens Doors for a Lifetime 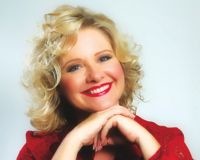 The Miss America Organization has provided a myriad of opportunities for young women since its beginning. Miss South Carolina 1986 Dawn Smith Jordan brings us up to date on what she’s been up to since she was crowned thanks to MAO:

I had made a name for myself as a performer during my tenure as Miss South Carolina. After giving up my title I continued to receive calls from churches, conferences, and other events requesting that I come sing or speak. In 1987 I was asked to sing for Pope John Paul II when he visited South Carolina. I also appeared on the 700 Club and many other national TV and radio programs.

I was not Miss America, but I was given the amazing honor of being Miss South Carolina 1986, which opened a vast amount of doors for me to walk through as I continue this journey, which is the life God has entrusted me to live to the very fullest.

Learn more about Dawn Smith Jordan’s journey since she was crowned, and keep up to date with former MAO contestants when you subscribe to fourpoints.