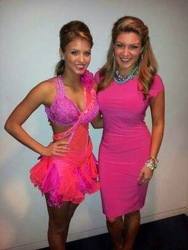 Giant inflatable balloons, marching bands, and performers burst down Constitution Avenue on Saturday in an energy-filled spectacle of music and showmanship seen only once a year during the National Cherry Blossom Festival. 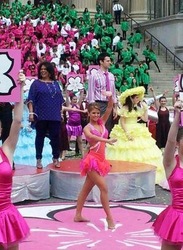 Mallory and Rachel were among celebrities including Grammy award-winning artist Mya, Disney's Coco Jones, and American Idol's Elliott Yamin, who greeted more than one hundred thousand spectators. Loved by all ages, this parade is in its one hundred first year and celebrates the three thousand cherry trees in full bloom that were a gift to the people of Washington from Tokyo in 1912.