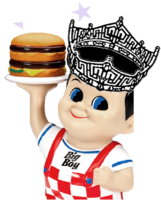 Join the Miss Oakland County Scholarship Pageant for a good meal and fundraising this week. Pageant participants will receive a percentage of the proceeds from meals purchased Wednesday, June 6 from 4-8 p.m. at the Walled Lake Big Boy at 800 N Pontiac Trail Road.


Mention to your waitress that you are visiting for the Miss America/Miss Oakland County Pageant to designate a portion of your bill for the scholarship organization.

The next Miss Oakland County will be July 14 at the Costick Center in Farmington Hills, Michigan. 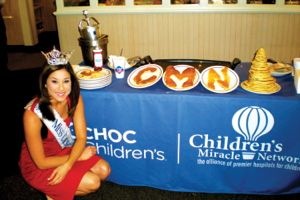 Pageants aren't the only ones who need to fundraise–contestants also need to raise money for Children's Miracle Network, as well as their own personal platform organizations.

Each year, the Miss America Organization makes more than $45 million scholarship dollars available to young women on the local, state, and national level. Fundraising is a large function of local and state pageants, as well as on the national level. But it isn't just pageants that are raising money and opening doors. Contestants at each level raise money for the Children's Miracle Network, as well as charitable groups connected to their personal platforms. Fundraising is no an easy task n this unstable economic climate, but contestants still manage to raise money. There are a variety of ways to do this, from holding special events to other promotions.

Miss Prairie Rose 2012 Cat Taylor found a fun way to raise money for her personal platform, "Be Aware It's In the Air: Weather Safety," and her community service project, "Tiaras For Tornado Safety." At large events, like the National Weather Festival, Cat sells small tiaras, mostly to young girls. She gets to education the children on emergency weather preparedness, and the girls walk away with a glamorous trinket. Cat is able to purchase the tiaras for a small price, and all of her profits enable her to provide portable weather radios to local school administrators.

"It is always fun to see the girls' happy faces when they walk past my booth as a newly crowned princess," explains Cat.

Here are some other basic fundraising ideas: 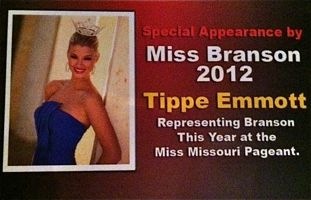 An untimely tornado on February 29 postponed Dancing with the Stars Branson, but producers of the show made lemonade of the situation by redirecting funds raised to aid those affected by the storm.

Miss Branson 2012, Tippe Emmott, was asked to participate in the Dancing with the Stars event which took place March 7 at an alternative venue. Dancers and Miss Branson helped to raise $33,299 that will be donated to those recovering from the damage of the tornado.

Tippe will compete for Miss Missouri in June. 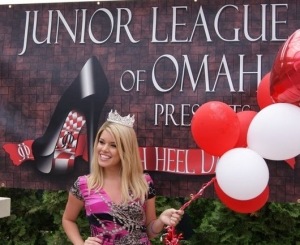