What to Expect in Atlantic City 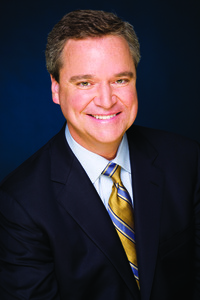 What are you most looking forward to about the Miss America Organization's pageant in Atlantic City?

I think if I were going to say, the thing I’m looking forward to the most about the move back is the tradition and the renewal of tradition. While we always fight to keep the pageant relevant for our younger audience, we love being able to embrace tradition. If you want to see something spectacular, you need to be in Atlantic City the week leading up to the 2014 Miss America pageant.

How was the decision made to move the pageant date and location? Who were the key players, and what were the pros and cons of making the switch?
I don't think there are any cons at all. We really were thrilled that Gov. Christie, the Atlantic City Visitors Bureau, and all those who wanted us to come back really pursued us. We had a relationship in Las Vegas for seven years, and they pursued us, and that pursuit was very flattering. Everyone worked hard to put this together, and we are just thrilled to death.

What are the official dates of the 2014 pageant?
The Miss America pageant will be a thirteen-day event following Labor Day weekend, and will include three nights of preliminary competitions taking place September 10, 11, and 12, at Boardwalk Hall. The final night of competition will be Sunday, September 15.

Under the current contract, how long will Miss America be hosted in Atlantic City? Do you have long-term plans to stay in New Jersey?
We have a three-year contract, and a new three-year deal with ABC. Following that, there are options with ABC and with the city, and we will investigate those in the last six months of the current deal.

What other festivities surrounding the week of preliminary and final performances are planned? Will there be a parade?
Yes! That’s what we’re most excited about! The parade will be back, in all its glory. We will probably stage it Saturday night, September 14, before the finals on ABC. We are expecting 150,000 people. We’ll have parade cars for all the contestants, and a huge float with Miss America and formers. Donna Axum Whitworth will be celebrating her fiftieth anniversary, and we’ll have some other surprises and guests and grand marshals. The parade is going to be incredible. We’ll also have an incredible arrival ceremony on the boardwalk in front of Convention Hall, with festivities surrounding the contestants.

Miss America is reinventing/rejuvenating the brand each year. What could we expect to see in the coming year?
I think we’ll just see more of the same. We feel like we’ve branded Miss America and made her more relevant. I feel like scholarships are front and center, and community service is front and center in a way that creates relevancy. We have a relationship with Children’s Miracle Network and CMN Hospitals all over the country. We stay very relevant working with the hospitals and our goals in community service.