Miss 'Wears a Lot of Hats' 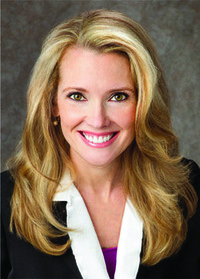 Miss Indiana 1992 is also Miss Wears a Lot of Different Hats. A wife and mother, Shelli Yoder also held prestigious teaching positions and even made her mark on the United States government.

Shelli has been on the path to career success since she was crowned, but not without first investing in her education. Thanks to the Miss America Organization, she could achieve her educational goals without a financial burden. “There was no way for me to be able to afford an advanced degree, and yet it was what I longed for,” she said. “Education is what keeps us moving forward throughout time, and that’s what appealed to me so much when I got involved in the program.” Shelli attended Hanover College (Indiana) and earned a bachelor’s degree from Indiana University-Purdue University Fort Wayne. She went on to study at Indiana University South Bend, earning a master’s degree in counseling and human services. She also has a Masters of Divinity degree, from Vanderbilt University.

Three years after graduating from Vanderbilt, Shelli was named executive director at the Eating Disorders Coalition of Tennessee—an organization near to her heart. “Eating disorder awareness was my platform, and it was part of my own recovery from an eating disorder. Long after walking across the stage at Miss America, it was just as important to me and the work I’d started with my platform.” The coalition, founded in 2002, aims to increase eating disorder awareness, education, and prevention. Its website states: “Our mission is to offer hope, help, and support to all who are impacted by disordered eating.”

This former Miss Indiana has since been singled out to represent her state on a political plane. In May 2012, Shelli was chosen democratic nominee for Indiana’s Ninth District to the U.S. House of Representatives. Although she didn’t win the election, she values the time she spent getting to know the concerns of those living in her district. Shelli was proud to be a representative not only of her political beliefs, but also of her gender. Early on, she pointed out that while we have women leaders in every facet of the business world and in other ways around our communities, there aren’t many running for office. That’s when her husband encouraged her to run for office. Shelli remains involved in politics: In January 2013, she was elected to the county council. And she is considering running in another election.

Meanwhile, Shelli is working with Indiana University students. Since the start of 2013, she’s been serving as visiting lecturer in the department of communications, professional, and computer skills at the Kelley School of Business at Indiana University; she was associate director of professional development (graduate career services) at the Kelley School of Business in 2011-2012. The opportunity for education is essential, Shelli said. “I think education is what we can use to become more aware of ourselves and our surroundings—and we can use that information to achieve what we want to achieve. We have these dreams and these hopes for our lives, and it is through education that we can figure out how to make it happen.”

The most important thing to Shelli is her family. As she climbed the corporate and leadership ladder, she made time to raise and nurture her three children—with the help of her husband and “incredible partner.” Shelli said, “It all comes down to partnership. How it works is my husband and I are both committed. It’s not 50/50. It’s 80/80. It just takes us both being willing to work very hard for each other and to want each other to have full lives.”

Shelli Yoder was Miss Elkhart before claiming the Miss Indiana title. She sang “This is the Moment” for her talent, and was named second runner-up at the national pageant in Atlantic City. Shelli also won a preliminary swimsuit award.