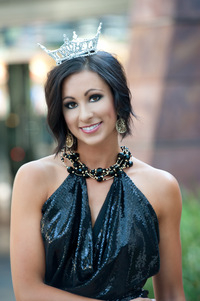 Established in July 2013, the Randi Sundquist Foundation is a nonprofit organization working to engage the community in anti-bullying awareness, advocate for those who have been affected by bullying, and provide financial aid for higher education to those who demonstrate a sense of leadership as it pertains to anti-bullying activity.

As Miss Nevada 2012, Randi Sundquist spent her year of service promoting her personal platform, “Preventing Youth Violence and Bullying.” The Randi Sundquist Foundation was inspired by Sundquist’s childhood. As a surviving victim of both verbal and physical bullying, she is able to bring depth, realness, and truth to a highly prevalent subject. Her past has served as a channel to initiate positive change. 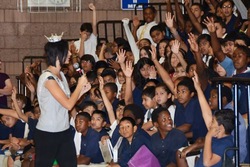 “My memory of childhood is more than just survival; it’s a story of celebration and victory,” Randi said. “I felt the impact that my story had on so many across our state this past year, and as my year of service came to completion, I knew I couldn’t stop fighting for our children.”

By donating to the Randi Sundquist Foundation, you are helping to celebrate those who are active in making a difference in our community and who deserve to be recognized for their commitment toward the fight to end bullying.

“I don’t think our kids are praised enough for the honorable work they do,” Randi explained.

All proceeds from the Randi Sundquist Foundation help provide scholarship assistance to students to pursue higher education and allow for speaking engagements on bullying and leadership.